Considering Mattachine, Bilitis, ONE, all seem to be cropping up on the West Coast rather than here [on the East Coast] where a vigorous and active gay set almost bump one another off the streets—what is it in the air out there? Pioneers still? Or a tougher circumstance which inspires battle? 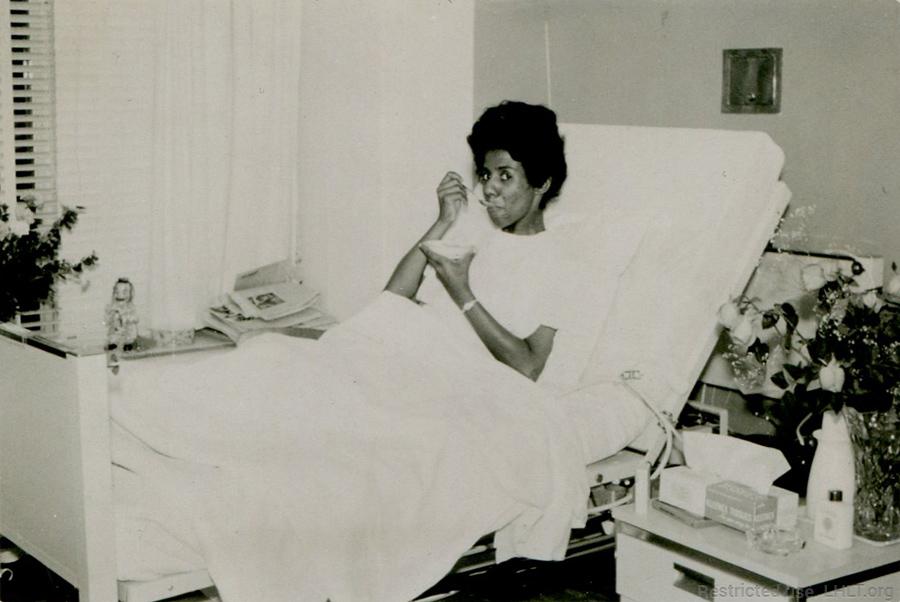 Lorraine Hansberry downing a pint of ice cream in her hospital bed in 1963. At the time of her death, Hansberry had been working on The Sign in Sidney Brustein’s Window, which opened on October 15, 1964 at the Longacre theater. The show then moved to Henry Miller’s Theatre on December 22 and closed—after 101 performances and an audience totaling over 80,000 on the day Hansberry died: January 12, 1965.