Lorraine Hansberry at the Taft Hotel 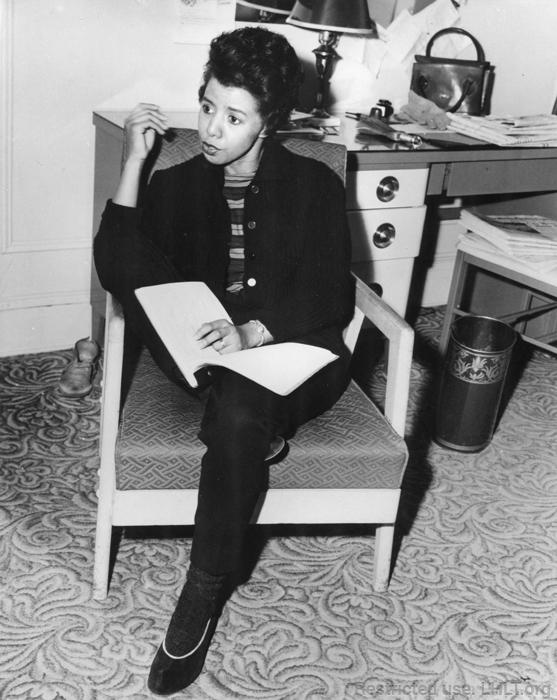 Lorraine Hansberry at the Taft Hotel two days before the out-of town tryouts for A Raisin in the Sun, opened in New Haven, Connecticut at the Schubert Theater. January 19, 1959. Photographer unknown. The play ran for four nights in New Haven and would go on to positive reviews in Philadelphia and Chicago before opening on Broadway at the Barrymore Theater on March 11, 1959.