I am ashamed of being alone. Or is it my loneliness that I am ashamed of? I have closed the shutters so that no one can see. Me. Alone. 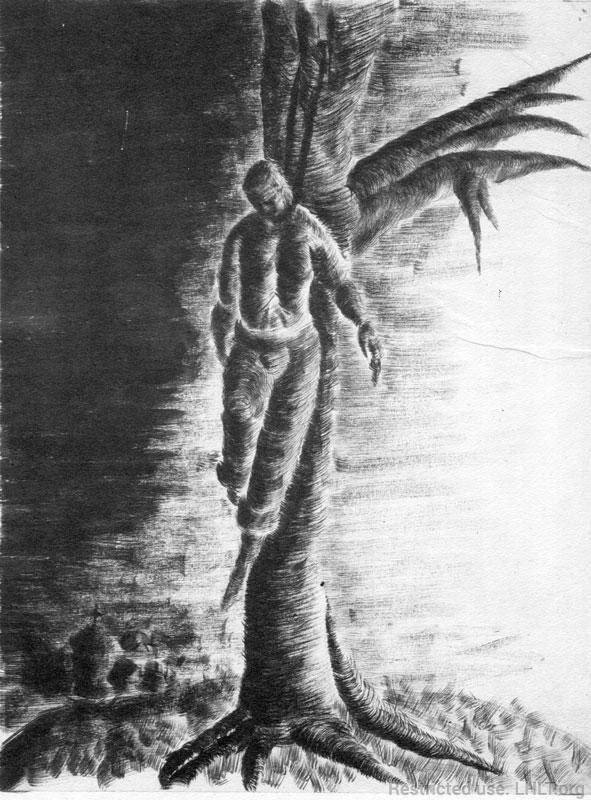 Drawing of a lynched man by Lorraine while a college student, between 1948 and 1950.  Lorraine enrolled at the University of Wisconsin, Madison, in February 1949, where she took art classes. During the summer of 1949 she studied painting at the University of Guadalajara art workshop in Ajijic, Mexico and during the summer of 1950 she studied art at Roosevelt University. When Lorraine move to New York CIty, she worked at Freedom magazine, and became involved with anti-legal lynching campaigns, covering the case of Willie McGee, a black man sentenced to death for raping a white woman in 1945 Mississippi; she was also inspired to write the poem “Lynchsong” about his case.