. . .It grows out of a thought of mine, as I study history, that virtually all of us are what circumstances allow us to be and that it really doesn’t matter whether you are talking about the oppressed or the oppressor. An oppressive society will dehumanize and will dehumanize and degenerate everyone involved—and in certain very poetic and very true ways at the same time it will tend to make if anything the oppressed have more stature—because at least they are arbitrarily placed in the situation of overwhelming that which is degenerate—in this instance the slave society—so that it doesn’t become an abstraction. It has to do with what really happens to all of us in a certain context. 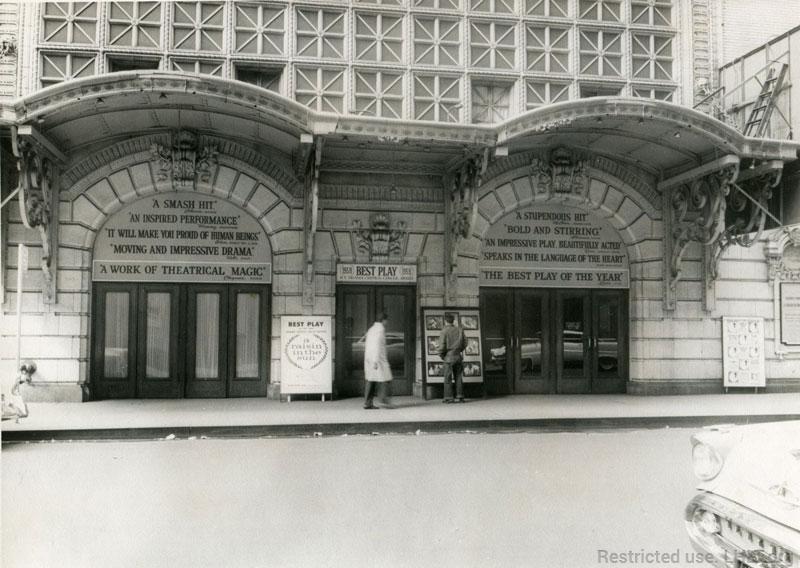 The theatrical posters from A Raisin in the Sun at the Ethel Barrymore Theater, which opened on March 11, 1959. A Raisin in the Sun played at the Barrymore through October 17, 1959 and then moved to the Belasco Theater where it closed on June 25, 1960 after a total of 530 performances. Photo by Gin Briggs.