And as of today, if I am asked abroad if I am a free citizen of the United States of America, I must only say what is true:  No. 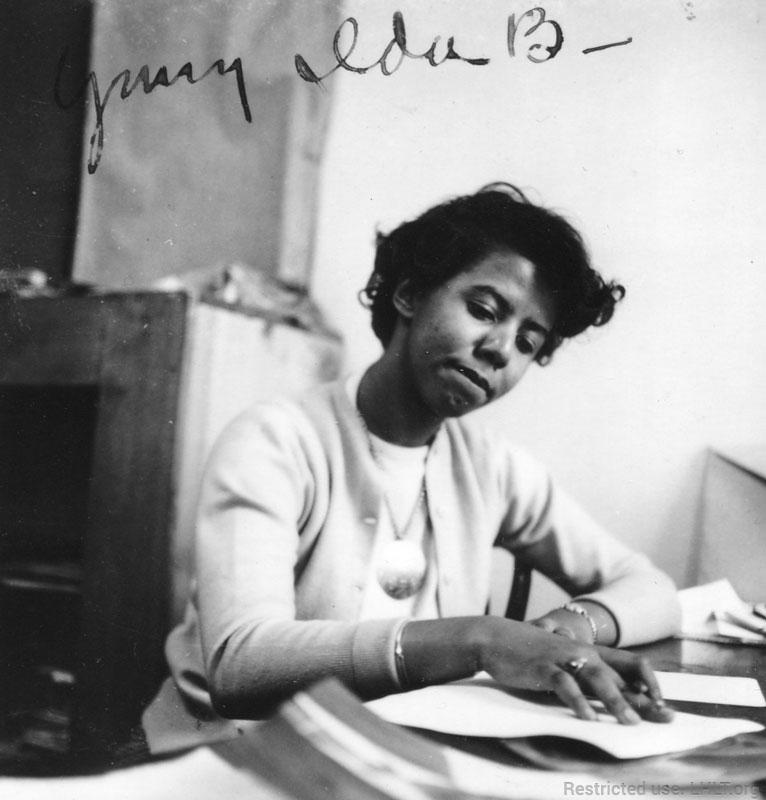 Lorraine Hansberry—“A Young “Ida B.”—writing at her desk at Freedom magazine, 1952. Photographer unknown. From 1951–1953, Hansberry worked in Harlem at the balck magazine, Freedom, founded by Paul Robeson and Louis E. Burnham. Following in the footsteps of Ida B. Wells-Barnett, an African-American journalist, newspaper editor, suffragist, activist for women’s rights, and anti-lynching crusader, one of Hansberry’s first reports covered over 100 pro-Communist black women, “Sojourners for Truth and Justice,” who were convened in Washington, DC by Mary Church Terrell. Hansberry also covered the case of Willie McGee, a black man sentenced to death for raping a white woman in 1945 Mississippi; she was inspired to write the poem “Lynchsong” about his case.