I wanted to be able to come here and speak with you on this occasion because you are young, gifted, and black…I, for one, can think of no more dynamic combination that a person might be. . . And that is why I say to you that, though it be a thrilling and marvelous thing to be merely young and gifted in such times, it is doubly so, doubly dynamic—to be young, gifted, and black. 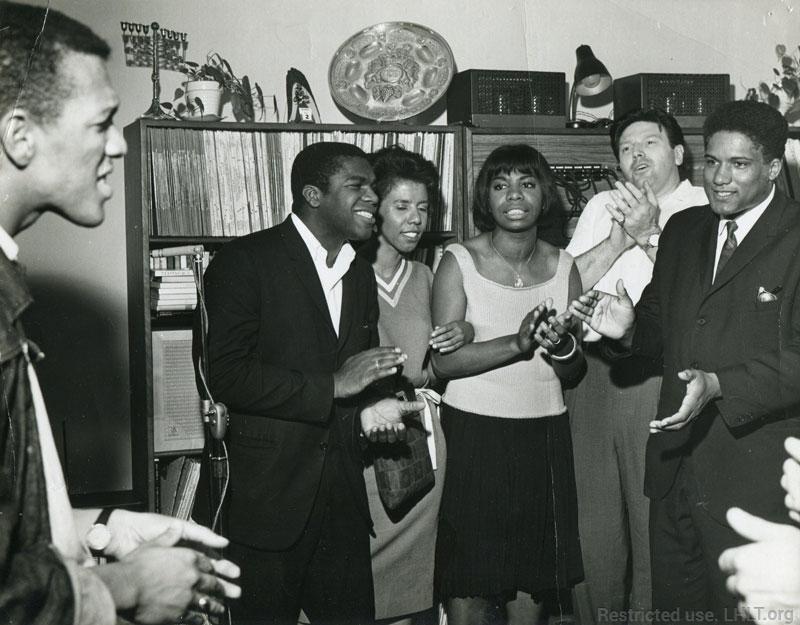 Lorraine Hansberry during “impromptu song-session” at a SNCC fundraiser at the home of actor and activist Theodore Bikel. Clapping hands and singing are (left to right) Ivanhoe Donaldson Chuck McDew, Lorraine Hansberry, Nina Simone, Theodore Bikel, and James Forman. The Student Nonviolent Coordinating grew out of a student meeting organized by Ella Baker at Shaw University in 1960. SNCC played a major role in the sit-ins, freedom rides, voter registration, the 1963 March on Washington, Mississippi Freedom Summer, and the Mississippi Freedom Democratic Party. SNCC supporters in the North raised funds for weekly salaries of $10 for SNCC workers in the South. Photo originally published in the New York Amsterdam News.