I would very much like to live in a world where some of the monumental problems could at least be solved; I'm thinking, of course, of peace.  That is, we don't fight. Nobody fights.  We get rid of all the little bombs-- and the big bombs. 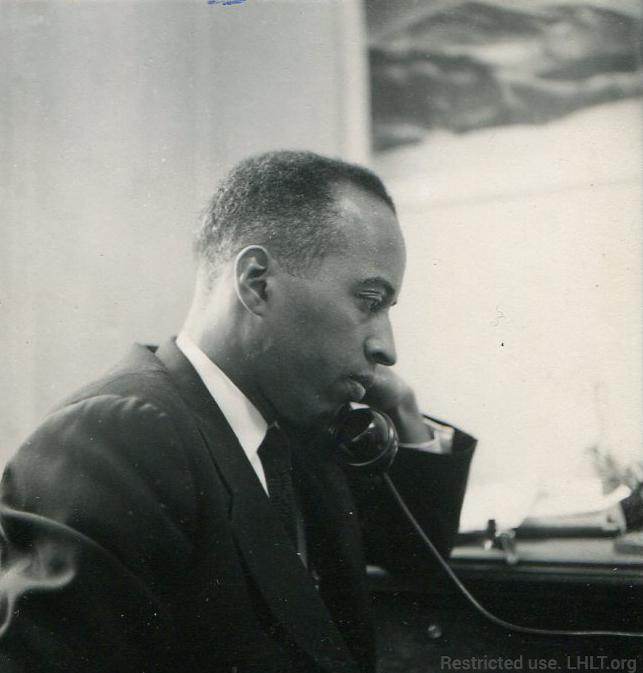 Louis E. Burnham, Editor, on the phone at his desk at Freedom magazine, 1952. Photographer unknown. From 1951–1953, Hansberry worked in Harlem at the weekly black newspaper, Freedom, founded by Burnham and Paul Robeson. At the newspaper, Hansberry wrote book reviews, theater criticism, and social analyses as well as news articles and editorials. She soon became associate editor, working closely with Burnham, who became her mentor.