I can’t believe that a government that has at its disposal a Federal Bureau of Investigation which cannot even find the murderers of Negroes, and by that method shows that it cares very little about American citizens who are black—really is off somewhere fighting a war for a bunch of other colored people, several thousand miles away. 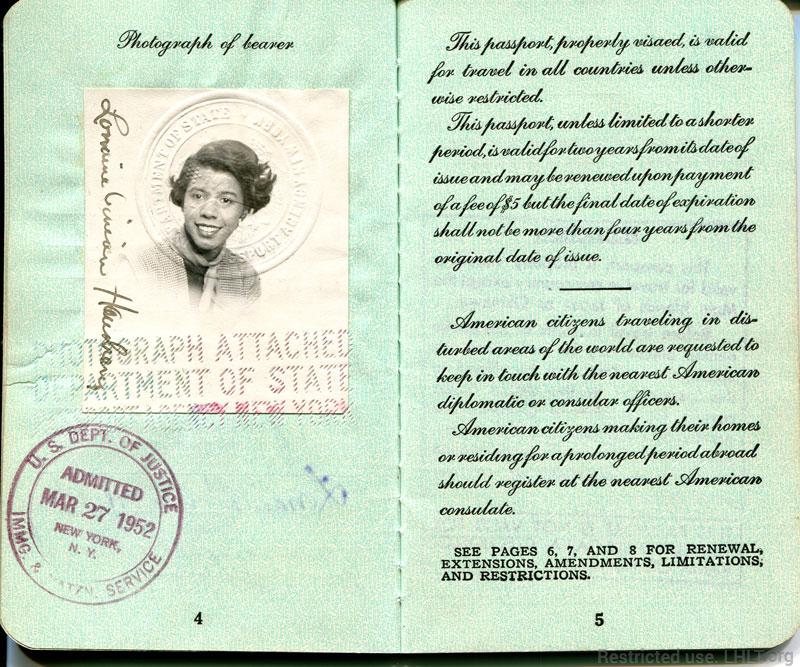 Passport of Lorraine Hansberry, stamped with entry to the Republica del Uruguay on March 21, 1952 (return March 27), where Hansberry was one of 250 delegates and delivered a speech on behalf of Paul Robeson at the American Continental Congress of Peace Partisans in Montevideo. Hansberry traveled as a writer for the African American weekly, Freedom, as Robeson was banned from international travel by the US State Department. Robeson’s passport had been confiscated by the US State Department because of his communism and Hansberry’s would be confiscated upon her return. In 1982, Robert Nemiroff would make a Freedom of Information Act Request for the return of Hansberry’s original passport.