Quite simply and quietly as I know how to say it: I am sick of poverty, lynching, stupid wars and the universal mal-treatment of my people and obsessed with a rather desperate desire for a new world for me and my brothers. So dear friend [sic] I must go to jail. 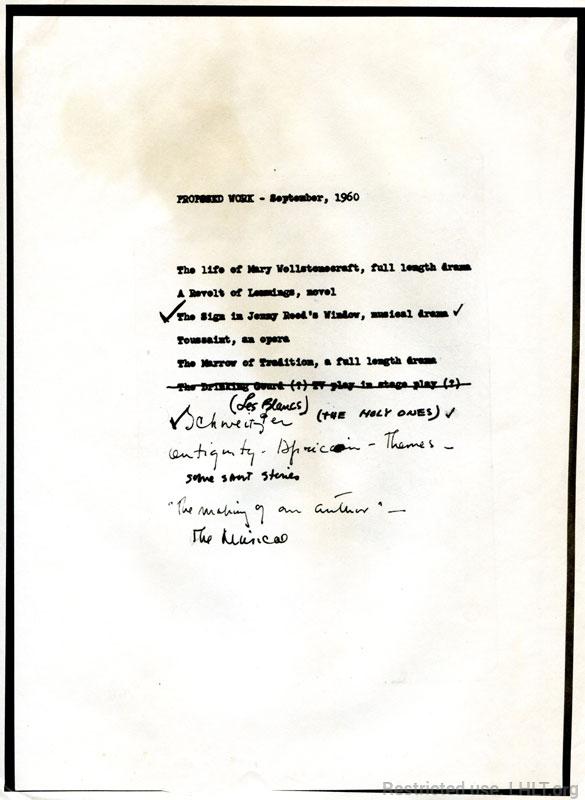 A list of proposed writing projects from September, 1960. Included are a play about Mary Wollenstonecraft, the 18th century philosopher and advocate of women’s rights; an opera about Toussaint L’Ouverture, the Haitian revolutionary; a crossed out The Drinking Gourd, a teleplay about the Civil War and slavery that Lorraine was commissioned to write by NBC studios that was cancelled due to it being too radical; and a musical drama, The Sign in Jenny Reed’s Window, which was renamed The Sign in Sidney Brustein’s Window and would be the second—and last—Hansberry play to be produced on Broadway in her lifetime.