The supreme test of technical skill and creative imagination is the depth of art it requires to render the infinite varieties of the human spirit—which invariably hangs between despair and joy. 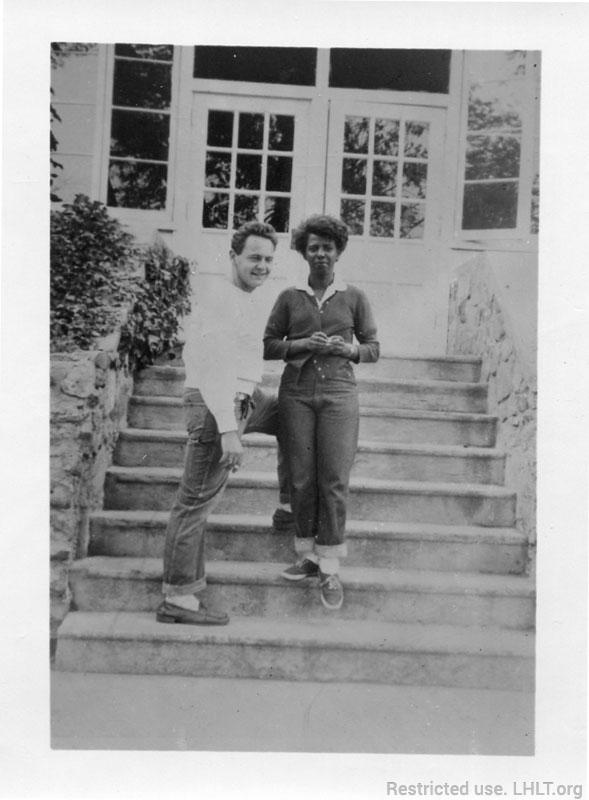 Robert Nemiroff and Lorraine Hansberry, on steps of building at Camp Unity, 1953 or 1954. Photographer unknown. Camp Unity was a left-wing interracial summer camp for adults in upstate Wingdale, New York. In 1954, Hansberry was the Lawn Program Director and invited speakers such as W.E.B. Du Bois and his wife, Shirley Graham Du Bois to visit. Phil Rose, who would later produce A Raisin in the Sun, was also on staff there.