Home > About the Trust > Who We Are > Joi Gresham

I don’t think people start out in this world to be bad. They start out to be happy. 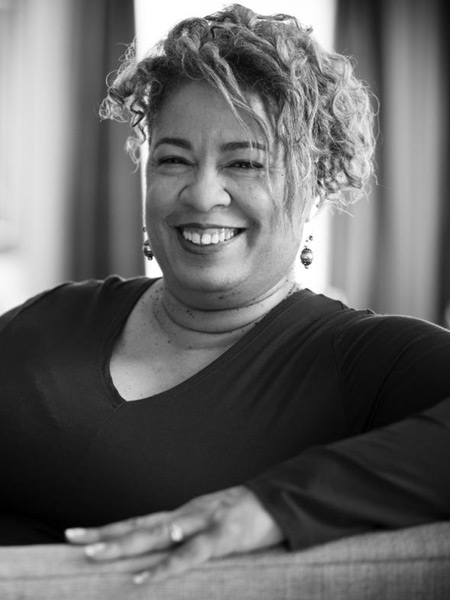 Director and Trustee of the Lorraine Hansberry Literary Trust

Joi Gresham is the Director and a Trustee of the Lorraine Hansberry Literary Trust. In this capacity she oversees and licenses the works of the author-activist. In addition, she serves as Co-Trustee on The Lorraine Hansberry Properties Trust that manages Hansberry’s intellectual properties and Co-Trustee to The Jewell Handy Gresham-Nemiroff Trust, which owns and licenses the copyrights to Hansberry’s works and the works of Robert Nemiroff.

In the United States and abroad, Ms. Gresham is a consulting producer to multi-media productions and editions of Hansberry works. In 2009, she was a consulting producer and collaborated with director Lou Bellamy for the LA Theatreworks AUDIE-winning audio production of A Raisin in the Sun. In 2014, Hansberry’s The Sign in Sidney Brustein’s Window will be presented in a 50th anniversary revival production at the Oregon Shakespeare Festival. This represents a collaboration where Ms. Gresham consulted with OSF in restoring Hansberry’s 1964 original Broadway acting edition for this production. Ms. Gresham was an Associate Producer of the 2014 Broadway revival of A Raisin in the Sun starring Denzel Washington.

Ms. Gresham serves as consultant on literary and biographical treatments of Hansberry and her works, and has authored forewords to her plays. Ms. Gresham maintains a special interest in opportunities to work with and serve as a resource for writers and artists involved in in-depth study of Hansberry through the Schomburg Center for Research in Black Culture. With an over thirty-year background in arts education, cultural studies, and teacher training, she enjoys educational exchanges with teachers and students alike and travels extensively to speak to audiences.

Ms. Gresham is the daughter of Jewell Handy Gresham and Robert Nemiroff and grew up in Hansberry’s Croton-on-Hudson, New York home. Ms. Gresham is a dancer, choreographer, visual artist, and educator and taught on the faculty of the University of Massachusetts, Smith College, Hampshire College, and Lesley University.