Home > About the Trust > Who We Are > Robert Nemiroff

Never, never again must the Negro people pay the price that they have paid for allowing their oppressor to say who is or is not a fit leader of our cause. 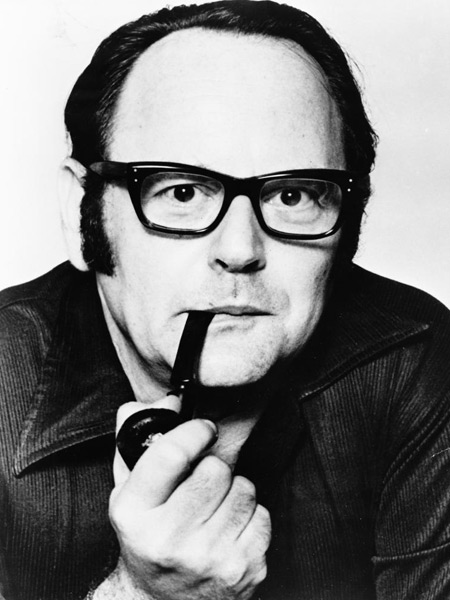 “Whatever he does,” wrote veteran New York drama critic Emory Lewis, “one thing is certain: the American theater is deeply in debt to this extraordinary man of many talents.”

Originally a book editor and publishing executive, Robert Nemiroff became a music publisher and award-winning songwriter with co-writer Burt D’Lugoff: the 1956 “Cindy, Oh Cindy,” which sold in the millions and “Fifteen,” the theme for the movie The World, the Flesh, and the Devil, a 1959 science fiction doomsday film starring Harry Belafonte. With his marriage to Lorraine Hansberry in 1953, a close collaborative partnership was born which Hansberry often cited as an important creative factor in the genesis of her play A Raisin in the Sun.

In 1964, Mr. Nemiroff produced Ms. Hansberry’s The Sign in Sidney Brustein’s Window, and subsequently led the fight—joined by hundreds of the nation’s foremost artists and public figures—that transformed the play from an initial commercial “failure” into a Broadway legend, with a permanent place in American drama. His account of that effort, “The 101 ‘Final’ Performances of Sidney Brustein,” is an integral part of published editions of the play. Among Mr. Nemiroff’s other Broadway productions were Kicks & Co., the Oscar Brown musical that he co-authored, and his own play Postmark Zero, which starred Viveca Lindfors and Hardy Kruger, and was later presented on national television and in London.

As Lorraine Hansberry’s literary executor following her death in 1965, Mr. Nemiroff pursued a consistent course to bring the playwright’s legacy into the mainstream of American drama and letters. To Be Young, Gifted and Black, his highly acclaimed dramatization of her life, drawn from Hansberry’s works-in-progress, speeches, letters, and diaries, was the longest-running off-Broadway drama of 1969. Under his auspices it went on a record-breaking tour of 41 states, appearing at the Library of Congress, in most major cities, and at more than 270 colleges. To Be Young, Gifted and Black has been recorded, filmed, nationally televised, and expanded in a book format. It is a standard reference work in colleges, and has been translated into 34 languages by the U.S. Information Agency. The phrase “young, gifted and black” has entered the lexicon of American idiom.

On Broadway, in 1970, Mr. Nemiroff’s adaptation of Ms. Hansberry’s last play, Les Blancs, starred James Earl Jones, Cameron Mitchell, and Lili Darvas and received the votes of a number of critics as Best American Play of the Year. Mr. Nemiroff won the Tony Award for Best Musical Of The Year (1973–74) for Raisin, the musical adaptation of A Raisin in the Sun, which he co-authored with Charlotte Zaltzberg and produced on Broadway. In 1986–87, Mr. Nemiroff’s co-production with the Roundabout Theatre Company of the 25th anniversary production of A Raisin in the Sun broke all records at the Kennedy Center in Washington, DC and received ten NAACP Theatre Awards. This production was the basis for the 1989 Emmy-nominated American Playhouse television adaptation of the play, starring Danny Glover and Esther Rolle, and produced by Mr. Nemiroff.

Mr. Nemiroff was married to Dr. Jewell Handy Gresham from 1967 until his death in 1991.